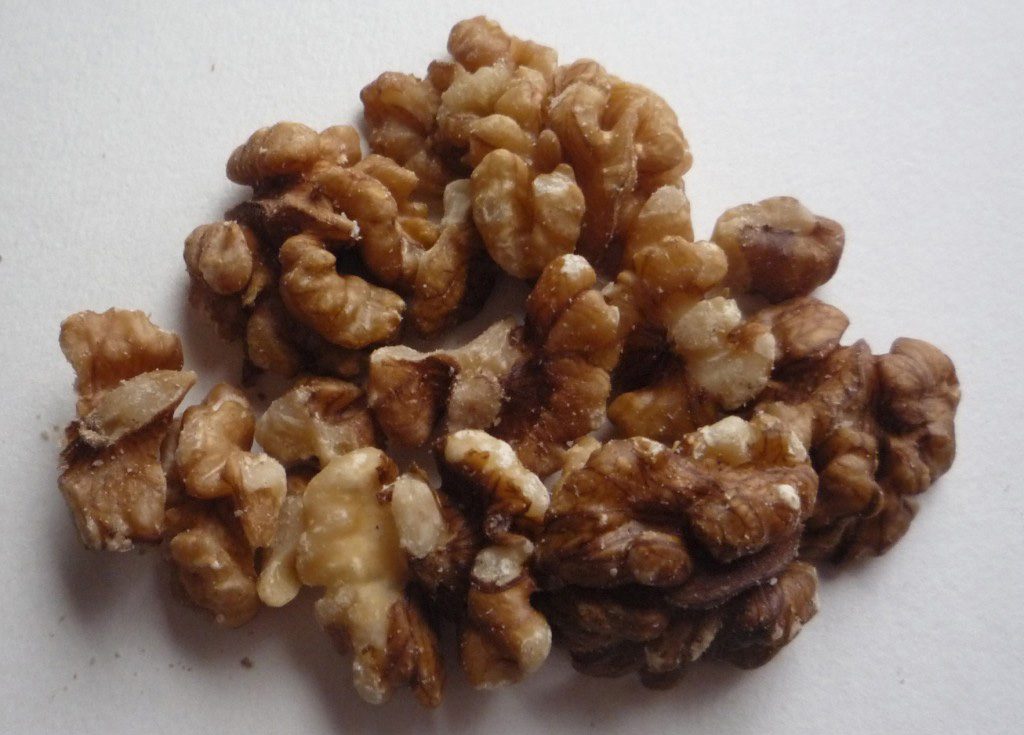 Back a couple of posts I wrote about the findings of a research team led by Professor David Smith who wrote that 2 glasses of milk a day could help to protect against Alzheimer’s disease.

Well it appears Alzheimer’s disease is in the news again. Scientists believe nuts may also help to combat the disease. An experiment with mice bred to develop the disease were fed a diet with up to 9% of their diet being walnuts. It was noted that these particular mice stayed healthy, while those mice who did not receive the same diet went on to develop dementia.

It could be that walnuts contain high amounts of vitamin E and chemicals called flavonoids and these may help stave off or slow the progression of the disease. However, Professor Clive Ballard of the British Alzheimer’s Society was reported as saying

“As this research was carried out on mice, we cannot say for certain that the benefits of a walnut-rich diet would be the same for humans”

When you consider the Alzheimer’s Society claim Alzheimer’s disease to be the most common cause of dementia, affecting around 417,000 people in the UK. then any news that could halt, slow down, or cure this devastating disease has to be good news in my book.