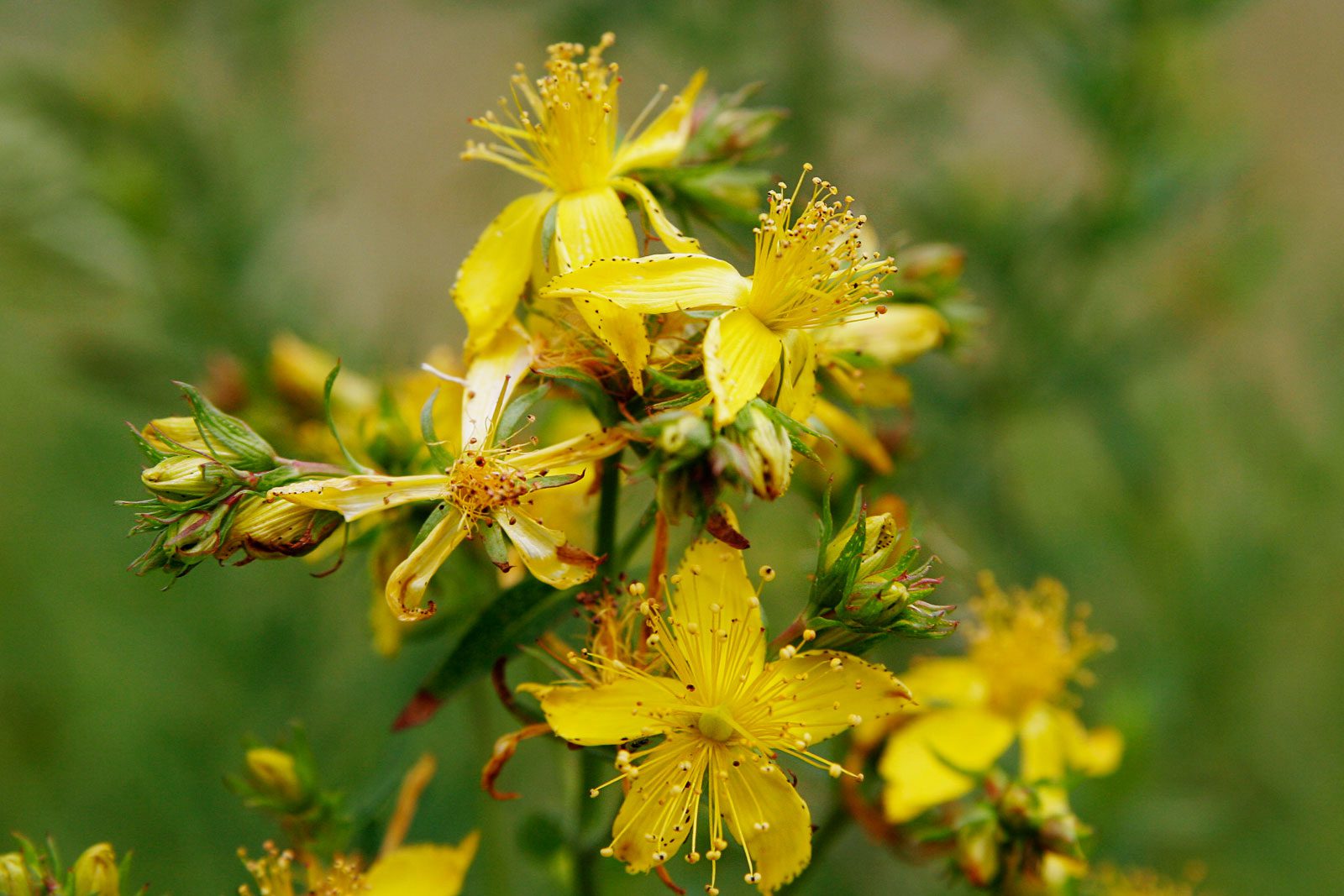 Here in the UK there is growing concern amongst the medical profession about the possible unwanted side effects of St John’s wort when mixed with other foods or conventional medications. There has even been a call for tighter controls over the way it and other herbal remedies are sold over the counter unchecked in the UK. Medical experts in Ireland have already banned over the counter sales of this herbal remedy. Wanting it classed as a prescription-only medication until clinical trials prove otherwise.
Here in the UK testing of the drug is reported to be underway because too little is known about the possible risks when mixed with certain foods, vitamins and other supplements.

It has been reported that the Irish Medical Board fears to mix St John’s Wart with certain drugs or foods – such as red wine cheese cough medicine or other antidepressants – could cause hypertensive crisis. Other experts fear this crisis could include paralysis, strokes, and heart failure due to a potentially lethal increase in blood pressure.

My own personal view… I wonder if it is the general public health or their bank balance that these big drug companies are thinking of.

If you stop to think about it these multi-million dollar drug industries have a lot to lose if the humble herb is truly a safe alternative, with a lot less adverse effects, to some of the medication they turn out with what we all know has many unwanted side effects. I believe eventually some of their medicines do that much damage to the system there is no return for many people, but a life of unwanted addiction.

But then I suppose that is just me being negative.

Here is a little more information on other remedies that could pose a risk.

THE SIDE EFFECTS: Could show as irritability, restlessness, diarrhoea (diarrhea) and nausea.

THE SIDE EFFECTS: Could show as abdominal bloating and high blood sugar levels in diabetics.

THE SIDE EFFECTS: Could show as possible paralysis, weakening of the heartbeat.

THE SIDE EFFECTS: Could show as high blood pressure, headaches, lethargy, hypertension, stomach problems. Swollen ankles, grogginess, facial puffiness there may also be a weakness of breath.

One thing needs to be remembered when you decide that taking Mother Natures remedies may be of benefit to you. Take on-board that there is a lot of plants in mother natures storehouse you would not ingest for very obvious reasons. So, it is worth remembering it does not follow that because it is natural it is good for you, it just might not be. Treat any form of remedy the way you would conventional medication……………………..With Care.

Asthma and Obesity
Scroll to top
We and our ad partners use cookies to serve advertisements and to ensure that we give you the best experience on our website. If you continue to use this site we will assume that you are happy with it.OkRead more