Seeing What’s Not There And Hearing Voices

You are here: Home / True Real Life Stories And Poems / Seeing What’s Not There And Hearing Voices

My day started off like any other. My mother’s I’m annoyed at your voice telling me to get out of bed. Just like any other morning I slowly did as I was asked.

Sitting at the breakfast table to eat my already placed in the bowl cereal would have been the norm for me, however, today was going to be different. At first, I could not understand what was happening or why today did feel different.

Looking up to complain of not feeling well I realized although the voice that I had heard moments earlier was mums voice the person on the other side of the kitchen glaring at me was not mum.

For a few seconds, I wondered why this person was pretending to be my mum. Then everything in the kitchen went a little on the dark side. Not like your lights in the middle of your favorite late evening television show, and you’re left sitting in the dark.

I knew this was still early morning. Looking around the kitchen everything was dark while the pretend mum had a greyish light about her head.

Getting up from the breakfast table I found myself back in my bedroom with the fake mum standing over me asking if I was alright. I had fainted and been carried back to my bed.

I must have gone back to sleep. What felt like only moments I was awoken by a man examining me as a doctor might do. Talking in a whisper he told me not to panic I had, had one of my funny turns there was nothing seriously wrong and a couple of days in bed would see me back to my usual self.

I heard a voice saying what funny turns? What the hell are you talking about I have never had a funny turn in my life as far as I could remember? You are now 18 years old, reasonably fit you went down to breakfast then quickly found yourself back in bed. What the hell was going on?

Two days in bed passed uneventfully. My fake mother brought meals twice daily each time trying to get on my good side. However, I had no intentions of believing anything she had to say.

I had seen through her disguise. Once I was allowed to get out of bed I had every intention of going to the police with my suspicion. Where was my real mother? What had she done to her? Was she still alive locked away somewhere until this strange woman got what she was after?

I heard a voice saying where was your dad in all this? How could you forget dad?
He would have come home from his work just like he always did, surely he would have seen through this woman’s disguise, Why had he not come in to see you? The voice continued telling me the doctor could also be in on her deception? Were they working together? What were they up to?

After being in bed for two days I asked if I could get out of bed as I was feeling a whole lot better. Apparently, the doctor at the time of my fainting, out of my hearing range, had suggested to her maybe to give it 3 to 4 days to be sure of my recovery.

Midway on the third day found me in bed hatching a plan. My first meal of the day would be on its way. To avoid suspicion I heard a voice telling me to take my meal and have it appear I understood her concern was for your well-being. 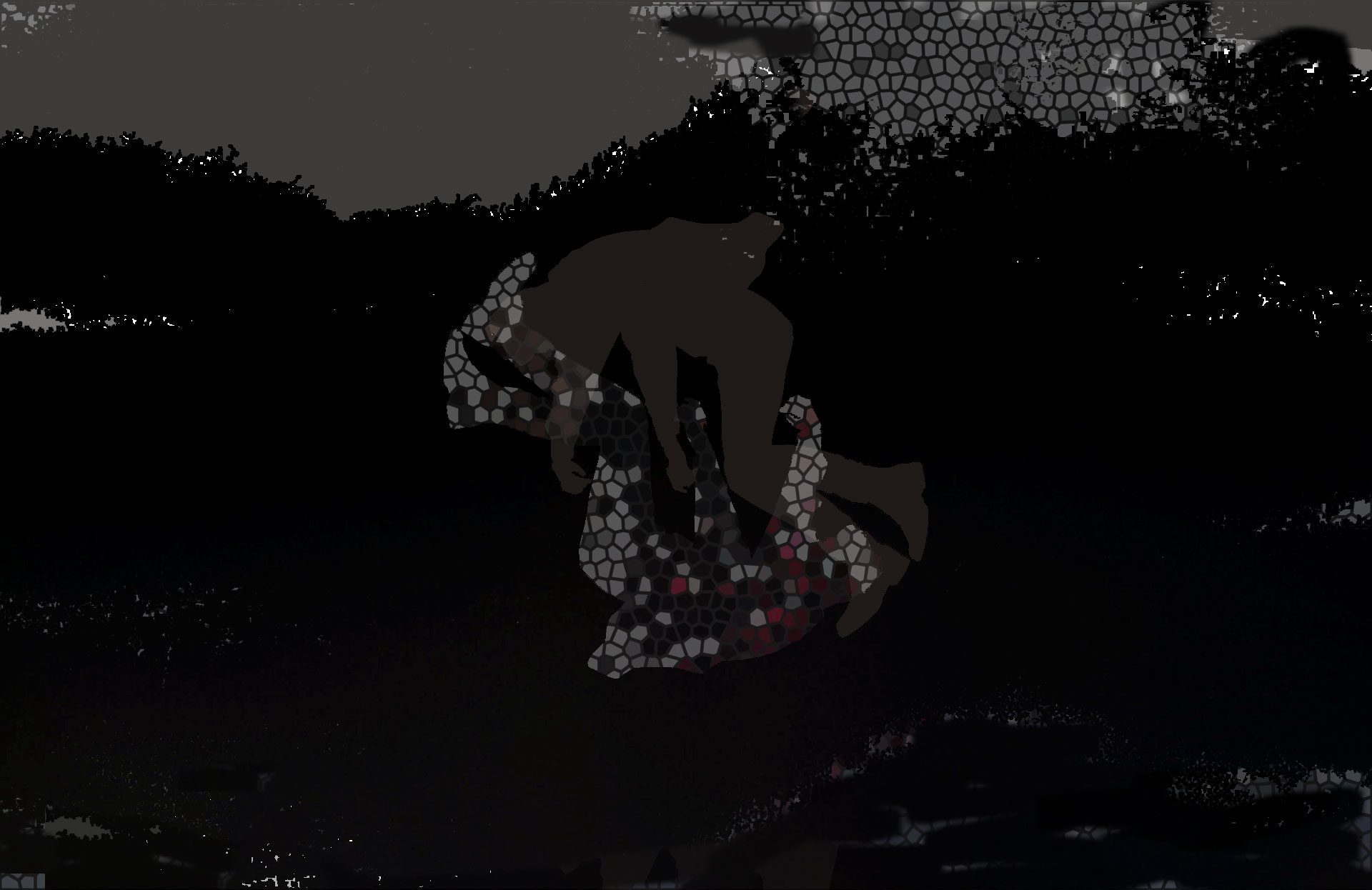 Late evening arrived I heard a voice telling me it was time to put the plan into operation. getting up from my bed I quietly made my way to the window.

Although my bedroom was on the second floor of our tower block the external garages ran alongside the back of the block of the flats it would be a simple process of dropping from my bedroom window onto the roofs then down on to the ground I could then make my way to the police station some 10 minutes walk away.

My bedroom window was classed as an escape route for the family should there ever be a fire. All I needed to do was to make it open like a door climb through and make my escape.

Hanging on to the windowsill hoping to land on my feet without injury I let go. Bracing myself for impact. My short drop to the garage rooftops seemed to last for a lot longer than I had first thought.

My escape had been my uppermost thought. Had this blinded me to how great the fall to the rooftops really was?

My landing was not as expected I hit the water with a mighty splash water immediately sprayed upward into my face. I started to thrash my arms around trying to keep my head above the water.

Not being able to swim I found myself slowly sinking into darkness. As I sank lower and lower the voice came again. “They knew you had caught on to their deception. To continue with it meant you had to die”.

A feeling like I had been kicked in the chest by a horse brought me back from the darkness. Opening my eyes kneeling to my right was a man in a yellow jacket. Behind him stood my mum and dad mums tears running down her cheeks.

I had collapsed as I got up from my breakfast. I showed no signs of life and an ambulance had been called. Thanks to the skill and expertise of the paramedic and a defibrillator I lived to fight another day.

This is the bit that scares me the most none of the above actually happened. I was told It can happen to anyone whether there is a history of mental health problems in the family or not. It had all taken place in my head as I sat at the breakfast table.

The memory of what I thought I had seen was so real it still haunts me even now many years later. The only real element of what I saw my bedroom window can be opened like a door and it is an escape route for the family if a fire should happen in our house not our flat.

I was diagnosed as having had a psychotic episode an umbrella that covers many mental health problems. One such illness being schizophrenia. At any one time, about 220,000 are treated for schizophrenia here in the UK.

I did not realize it then but I am one of the lucky ones. Now years later that one episode was my first and last. Still Counting. Living with the memory…

The author of this story has given Medibolism express permission to publish their work on the website. It may not be reproduced in ANY form. All rights retained by the author.

Learning The Hard Way (real-life story)
Violence In The Home
Scroll to top
We and our ad partners use cookies to serve advertisements and to ensure that we give you the best experience on our website. If you continue to use this site we will assume that you are happy with it.OkRead more